Huge event for the only Icelandic skater. Eva Dögg Sæmundsdóttir and her coach Gennady Kaskov came back to Iceland from the Universiade-2019 in Krasnoyarsk, Russia. The sports competition brought students together from all over the world from 2 to 12 of March. Eva and Gennady were the only, who presented Iceland. They told us about the feelings of presenting the tiny nation at such big event, their impressions about Siberia and reaction of Russians, learning about Iceland.

We met Eva and Gennady at an ice rink at early Saturday morning, where they were performing regular training despite 21 hours flight just the day before.

Eva, how do you feel about Russia? Have you been there before Universiade?

Eva: – Yes, I have. We went to a skating camp last year, exactly one year ago. But it was in Saint-Petersburg. We were working with a coach named Mr Mishin. We were there for about a week, but I felt like it was a big difference than being in Krasnoyarsk.

What was the difference? What has surprised you most of all?

Eva: – I felt culture is a lot different. Saint-Petersburg’s downtown is more touristic and people around were different. In Krasnoyarsk, people were even nicer, maybe, because we were at the games.

What impressed you in Krasnoyarsk most of all?

Eva: – We didn’t go a lot out of there. We were just in the area and then at the skating rink but I felt they have put a lot of money and work into the games, so everything was nicely done and it was nice being there.

What did you know about Russia before you went there for the first time? It was before the World Cup, not many Icelanders knew something about Russia, I guess.

Eva: – In the news, they really put not a good image of Russia, that Russians are not nice people, that they wouldn’t say “Hi” if you meet them, and you don’t really wanna go there. But being there I saw that everybody is so nice. Even when you meet them in the streets. I really liked being there and recommend people go there as visitors.

Back to the competition: How was your sports life?

Eva: – It was really like “all running” being there because of so many people. I really liked that, because you get to meet so many people from all over the world in all different sports. Everything in the facilities was so good. Getting to skate in the main arena where the opening ceremony was just crazy! I have never been to such a beautiful place before. It was really overwhelming working out at the competition, seeing all those people, even sitting there. I think the arena takes about 7000 people, and it was almost full. I rolled into it. No preparation could prevent me from this. It was a really very good experience, and the training was really good there.

How was your performance?

Eva: – The competition did not go as I planned it. But that happens sometimes. It’s a really tough competition. This stress just got to me and got to my legs, so I felt very heavy and I couldn’t jump.

It’s just the first try at such a big arena so next time I hope you will be much better because your coach is good. I remember him when I was young, he was on television all the time. What the most important you got from such a big event?

Eva: – I think getting to skate with all those good skaters. There were so many of them and getting the opportunity to practice together, just watching how they work, seeing how they training. Because we are such a small country! So, it is important being able to go so far away and to compete against so good skaters at the Olympic level, also just meeting all the other sportsmen from all the other sports and from all over the world.

When people were learning that you are from Iceland, what was their reaction?

Eva: – Oh, it’s so difficult! People wanted to know more about the country. They did not know that we have all the stuff that everybody else does. They thought that we live under the rock and we don’t get social media. People are really interested.

Gennady is joining the conversation: – There were TV stations who came to see her. She was very popular, as she was the first athlete for the country at Universiade.

This is a preview version. The full interview will be published later. 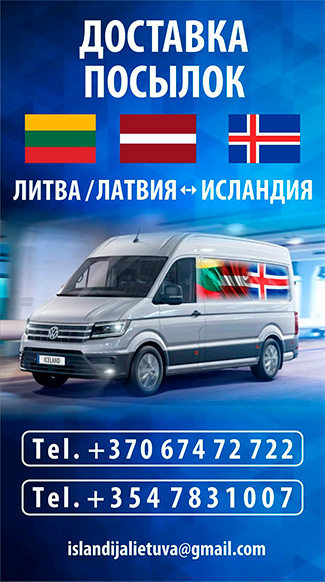